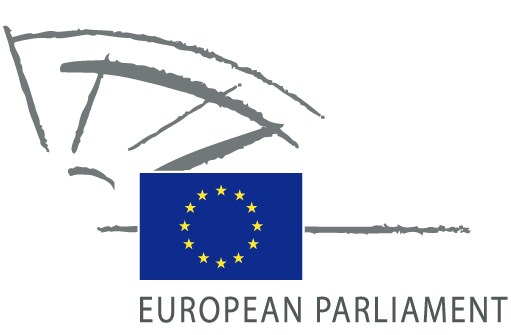 It appears Volkswagen has cheated emission tests on its diesel cars in the US, allowing nitrogen oxide (NOx) emissions well above legal limits, with dire consequences on health and the environment. This has highlighted differences between emissions checks in the US and the EU as well as discrepancies between emissions in tests carried out under laboratory conditions and in on-road performance, for both pollutants and CO2. However, new testing methods expected to better reflect real-world emissions could be implemented soon.

On 18 September 2015, the US Environmental Protection Agency (EPA) claimed that Volkswagen (VW) had installed illegal software to cheat emission tests, allowing its diesel cars to produce up to 40 times more NOx than allowed, and ordered the company to recall around 482 000 VW and Audi cars sold in the US since 2008. On 22 September, VW indicated this software may have been installed on 11 million of its diesel vehicles worldwide. Martin Winterkorn, Volkswagen's CEO, apologised on 20 September for losing trust over the affair and resigned three days later. According to press reports, VW could face a fine of up to US$18 billion as well as legal action from customers and shareholders, besides possible criminal charges. In two days of trading after the scandal erupted, the company had lost a third of its stock market value.

Meanwhile, Germany, France, Italy and South Korea have reportedly opened investigations into VW cars sold there. On 24 September, the German Transport Minister said that vehicles sold by the VW group in Europe were also affected by the manipulation.

Impacts on health and the environment

Nitrogen oxides are gases emitted during fuel combustion, in particular from diesel engines. In 2014, diesel vehicles accounted for about half of new cars sold in the EU. NOx are associated with adverse effects on health (especially on the liver, lungs, spleen and blood) and on the environment (in particular acidification and eutrophication). NOx also contribute to the formation of two major air pollutants, ozone and particulate matter. Emissions of air pollutants (including NOx) in the EU have decreased significantly in recent decades. However, NOx concentrations in Europe regularly exceed EU air quality standards, and the 2010 National emission ceilings targets for NOx have not been met in six Member States. According to the European Commission, particulate matter and ozone concentrations are responsible for over 400 000 premature deaths annually in the EU, and the total health-related costs of air pollution in the EU are in the range of €330–940 billion per year.

NOx emissions from diesel engines can be reduced by using selective catalytic reduction (SCR) technology in combination with a urea-based additive. However, environmental NGO Transport & Environment suggests that car manufacturers do not use the existing technology to its full potential.

Controls on emissions of air pollutants

In the EU, controls on air pollutant emissions from vehicles are set in the 2007 Framework Directive on type approval, which mandates testing and approval of vehicle types by a national technical service. The norm for NOx emissions applicable for new vehicles, which is part of the Euro 6 standards in force as of September 2014, has been set at 0.08 g/km. In the US, air pollutant emissions tests are carried out in three steps: self-certification by manufacturers, production checks by the EPA, and 'in-use surveillance testing' by the EPA on privately used vehicles. Moreover, the US norm for NOx emissions is only 0.031 g/km. 'Defeat devices', software like that which was revealed to be used by VW in US tests, enabling the cheating of emission tests are illegal under both US and EU law, and their use is subject to penalties.

Recent research suggests that there is a wide gap between on-road performance and results from type-approval processes carried out under laboratory conditions. The Commission's Joint Research Centre noted in 2013 that on-road NOx emissions from diesel cars were approximately two to five times higher than their type-approval standards, and a 2014 study by the International Council on Clean Transportation (ICCT), an NGO, found that real-world NOx emissions from new diesel passenger cars were about seven times higher than the Euro 6 limits.

To address this, the European Commission set up a working group tasked with developing 'real driving emissions' (RDE) tests. Reports indicate that Member State representatives have agreed, in May 2015, on a methodology to measure on-road emissions, although the implementation date and a possible flexibility factor remain to be set.

Beside air pollutant emissions from diesel cars, the VW case has also further exposed discrepancies between type-approval (under laboratory conditions) and on-road CO2 emissions from cars and light vehicles. The 2009 Regulation on emission performance standards sets CO2 emissions targets for cars (95 g/km, to be met by 2021) and light-duty vehicles (147g/km, to be met by 2020). Significant progress appears to have been made, as the 2015 target of 130g/km for cars was met two years ahead of schedule. However, research by the ICCT suggests that the average gap between type-approval and on-road CO2 emissions increased from approximately 8% in 2001 to 38% in 2013. According to the ICCT, the discrepancy translates into increased fuel costs of about €450 per year for an average consumer, lower carbon-emission reductions than expected under climate policies, and loss of tax revenues for authorities which base their vehicle-taxation schemes on type-approval CO2 emissions.

Type-approval tests for CO2 emissions are based on the New European Driving Cycle (NEDC), which has been used for decades and is seen as outdated. New standards known as the Worldwide harmonised light duty test procedure (WLTP) have been developed under the aegis of the United Nations Economic Commission for Europe (UNECE). The European Commission proposes to phase in the WLTP in September 2017, with full implementation from September 2018.

In its position adopted in February 2014 on the CO2 emissions reduction targets for cars, Parliament called for the NEDC to be replaced by the WLTP at the earliest opportunity, in order to ensure that CO2 emissions quoted for new passenger cars are brought more closely into line with actual emissions.

In its first reading report on the reduction of pollutant emissions from road vehicles adopted on 23 September 2015, Parliament's Environment, Public Health and Food Safety Committee voted in favour of 'real driving emissions' tests to be implemented as of 2017. On the same day, the ENVI Committee also held an exchange of views with the Commission on the VW case, at which MEPs expressed their concerns.

A plenary debate on vehicle emission measurements is due to be held during the October I part-session.

Transport & Environment, an environmental NGO, highlights that car manufacturers have been using flexibility in laboratory type-approval tests in order to achieve lower emissions which are not reflected on the road. It suspects that defeat devices may have been used in the EU as well. It advocates strict 'real driving emissions' tests, a system of random conformity of production checks and in-service testing overseen by an independent EU type-approval authority, and a proposal for Euro 7 standards harmonising limits for diesel, petrol and natural gas vehicles.

BEUC, the European Consumer Organisation, calls for a full investigation into EU vehicle emissions and fuel consumption testing. It advocates a robust on-road vehicle test procedure, similar to that in force in the US, and a surveillance system of this on-road testing in order to restore consumer trust in emissions and fuel consumption tests. On behalf of its consumers, Italian consumer protection organisation Altroconsumo launched a class action lawsuit against Volkswagen and Fiat in February 2015 for unfair trade practices over the gap between on-road performance and the fuel consumption advertised by the car manufacturers.

ACEA, the European Automobile Manufacturers' Association, recognises the gravity of the situation and underlines that there is no evidence that this is an industry-wide issue. It is fully supportive of the new 'real driving emissions' test aimed at more robust checking of emissions of pollutants. 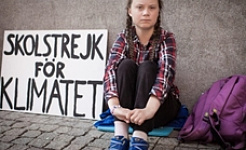