Γενικός Ελεγκτής: POLLUTION FROM SHIPS AT SEA AND IN PORTS - May 2002 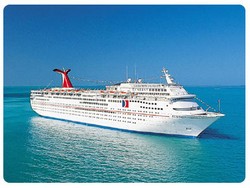 [Για να κατεβάσετε ολόκληρο το κείμενο πατάτε εδώ]
Executive Summary
Cyprus has over the years developed into a major maritime centre and today has the 6th largest merchant fleet in the world in tonnage terms. During the last few years it has taken steps to develop its infrastructure and improve its maritime administration in an effort to raise the standards of Cyprus registered ships and enhance the image of the Cyprus flag. It has signed and ratified all relevant international conventions and agreements and has voted national laws and regulations to enable their implementation . At the centre of this effort is the improvement of safety on board Cyprus registered ships and the protection of the marine environment.
Pollution Prevention through ship surveys Flag State Control plays a major part in the prevention of pollution to the environment. Through the regular inspection of the ships it is ensured that the requirements of the MARPOL Convention are properly adhered to. The Department of Merchant Shipping has made significant improvement in this respect during the last few years and it has increased the number of inspections both by the Department surveyors and the appointed surveyors overseas. Further improvement is expected as more surveyors will be employed both in Cyprus and overseas during the next couple of years.
Control will also be enhanced as a result of the computerisation of the Department, currently under way, which will enable the targeting of high risk ships for inspection.
The criteria for registration of ships under the Cyprus flag have been revised as from 1.1.2000 with more effective control being exercised on overage ships. An important development regarding the safe operation of the ships, which is also beneficial from the point of view of the protection of the environment, is the implementation of the International Safety Management (ISM) Code as from 1998. Cyprus has implemented the Code for most ships (tankers, bulk carriers, passenger ships) in 1998 and will implement it for all the fleet in July 2002. On the negative side it must be noted that all ship inspections by the Department surveyors have been suspended since February 2001 due to industrial action . Even though most of the gap is filled by the overseas inspectors the government must take all the necessary measures to resolve the dispute as soon as possible.
Port State Control of foreign visiting ships by the DMS is at an acceptable level and meets the requirements of the Mediterranean Memorandum of Understanding which states that at least 15% of the ships are inspected. By comparison however inspection rates by the maritime authorities in advanced countries (U.S. Coast Guard, Paris MoU and Tokyo MoU) are much higher.
Inspections of Cyprus registered ships by foreign Authorities show a steady improvement and detention rates have decreased for the last three years. This is a direct result of the steps taken to upgrade Flag State Control. However, the Cyprus flag is still on the target list of the U.S. Coast Guard and the Paris MoU with detention rates marginally above average. The downward trend though leaves some optimism that the Cyprus flag will be taken off the target lists soon.
Εκτύπωση   Ηλεκτρονικό ταχυδρομείο
Ρύπανση της Θάλασσας - Κύπρος Super User 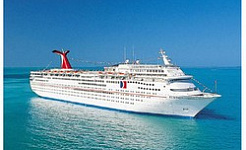